Archive for the tag “Flow”

My wife went on a one week break last week, leaving me to deal with three kids and a hectic week at work. I wasn’t concerned much with the situation, apart from one thing that I dreaded: laundry.

To begin with, you must understand the laundry cycle at our humble home. Let me draw a picture for you:

Everyone in the family dispatches new laundry to the work queue. That is, my missus and I place it in agreed baskets, and the kids just happen to drop it some place around the house: bedroom, corridor, washroom (not to be confused with washing room!), backyard, kitchen table – anything goes. Occasionally kids misplace laundry and place it in the washing room itself, but I attribute it to a temporary lapse of kidsism. END_OF_DOCUMENT_TOKEN_TO_BE_REPLACED

I have heard more than a few times that games and simulations in training courses are irrelevant – specifically in Scrum and other agile courses. That doing Scrum using Lego bricks is too simplistic and does not represent real life in any way.

Similarly I have heard, and keep hearing, that the agile management tool should be selected early, even before the implementation starts. The rationale is that individuals need to learn the tool and become familiarized with it before they learn the rules; also that the tool will imply limitations that must be integrated into the process. 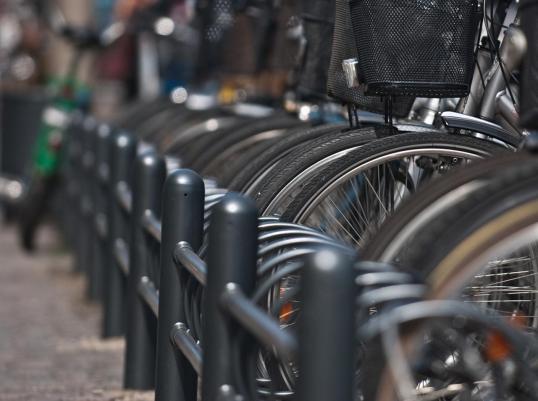 Empirical research suggests that this is not quite the case. Actually quite the opposite may be true.

I am starting my argument with a reference to series of experiments on rats, researched and partly conducted by Edward Tolman. In Cognitive Maps In Rats And Men, Tolman describes how rats learn a map in their mind. It is an interesting read, written in an easy to understand language, even if you are not in the habit of conducting research on social science.

Tolman describes, in one set of experiments, how rats that learn a maze without being stimulated (“incentivized”) to reach a food-box, improve their performance once food is presented – at least as much as rats that were stimulated for food from the first attempt. Moreover, some rats have learned the approximate location of the food-box and jumped out of the maze, running in a straight line to their goal. That is, rather than learning only the correct maze route, they also concluded the spatial location of the food-box.

This last spatial map has also been researched and is described in the same article. Even when the maze was subsequently blocked, and the orientation of the experiment setting turned 180 degrees, most rats figured out the location of the food-box relative to the room. That is, the rats understood where they want to get to, rather than how to get there.

The term Latent Learning describes this ability of learning without having to express it immediately.

Additional research proves that squirrels remember the location of their caches, not merely using smelling as a guide. See Jacobs and Liman research as one example for this. Moreover, squirrels returned to their own caches, not to nearby caches of other squirrels.

Initially these experiments tried to refute the ‘hard core’ behaviorists that suggested that learning can only exist when sensual stimuli is present. But they brought, as Tolman’s title suggests, a deeper understanding of learning and remembering.

How is this related to the title? And why do people think that learning by simulation or that changing agile implementation tools is not productive?

I believe that this is related to a common human dysfunction, a cognitive bias, called Functional Fixedness a term coined by Karl Duncker. This is the opposite of out of the box thinking: Say you are on a phone call at the office on your Android device, and the other party asks for a phone number stored in your phone book. Some people will search for the number on their phone, having to stop the conversation momentarily. Where is the functional fixedness? Since you are at the office, you could login to your Google account on your computer and get access to the entire phone book from the Contacts application, since Google automatically synchronizes phone and Google account.

The funny thing is that we are convinced that others suffer from Functional Fixedness more than we do, and we attribute others with tendency of not being able to change from one tool to another. The fact of the matter is that we are all functionally fixated at times, just like any other person. At the same time, we all have capacity to learn cognitive maps, and are able to adapt, just like any other person (even like most rats, as it turns).

So if you are embarking on an agile journey, and considering a tool, start by using a physical board and sticky-notes. Experience shows that introducing a CR (Change Request) to the physical board has an incredibly better time-to-market response, at a fraction of the cost, compared to changing other software based tools. Yes, even if this means making configuration changes to a free tool (as someone will have to spend time making and testing these changes).
Even when distributed teams are involved, the cost of a HD camera and Skyping daily stand-ups will be much cheaper than any online collaboration tool.

Now, please don’t get me wrong – I think that tools are important; and the bigger the organization the more important they become for visibility, collaboration, continuous planning and more. But it is much easier to make mistakes on a physical board, and start afresh next iteration, than carrying the history of your mistakes for numerous iterations to come.

Similarly, the importance of simulations during training course and workshops is immense. There is huge value in practicing though games and simulations while you are in learning mode, in Beginner’s Mind or Flow. Running several Scrum sprints in a couple of hours will help you practice Scrum while you are focused on learning it. When you learn Scrum on the job, while you are busy with yesterday’s bugs, where to eat lunch and your upcoming appraisals is rarely as effective as learning during a training course.

We tend to believe that we are rationale beings, not affected by patterns; that once we tell ourselves to try out a new thing it will work right away. Evidence suggests that our minds are more complex this. Learning the principles of agile using simulations and then practicing through one tool later implementing another appears to work. Just as learning to ride on a training bicycle and gradually advancing to specialized models.